Hit enter to search or ESC to close

Past, Present and Future of PAFC Displays 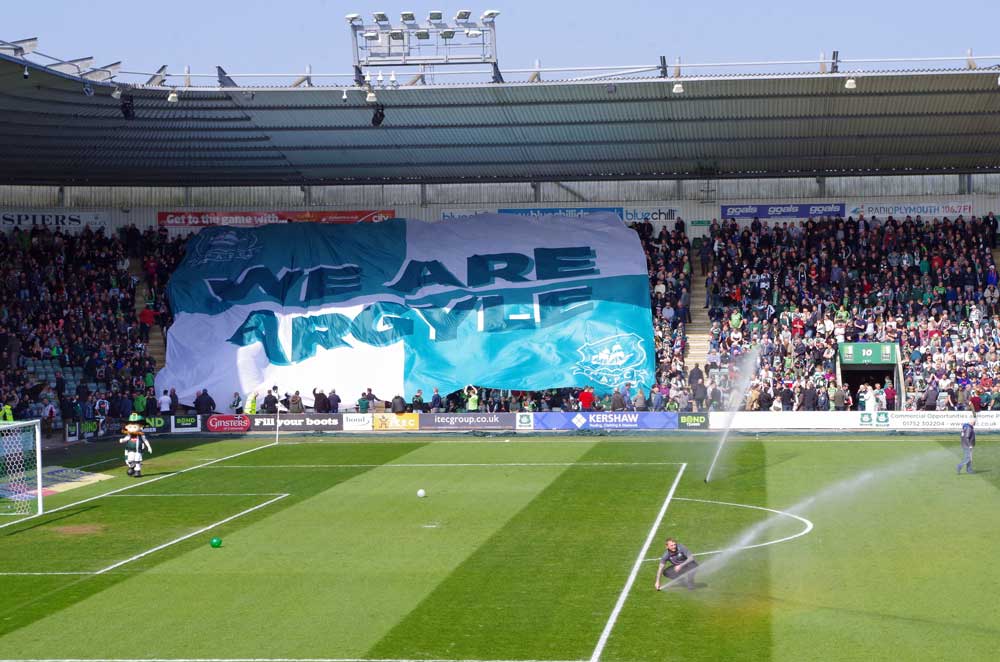 PAFC Displays was founded in the 2014/15 season where we had a couple of foil displays one of which was in the Playoff Semi Final against Wycombe Wanderers. All this work was predominantly done by just 3 people 2 of which had to sort 10,000 plastic sheets in their own living rooms. There is also a huge cost associated with putting on displays and making and buying flags. This is one of the reason why the group went quiet for a while and only doing small amounts of displays with zero cost since like encouraging fans to bring their scarves and hold them aloft when the players take to the pitch.

We announced our return properly with the unavailing of our newest and (to our knowledge) largest flag the club has had. Again there is a lot of planning and organisation that goes into preparing the flag on a match day, and it wouldn’t be possible without the help of our volunteers.

Going forward, we plan to first, fill the Devonport End with hand held waving flags 1.5m x 1.5m which we would like to kindly ask the green army to leave them in the stands after the game. These flags do cost money and we cant afford to lose them. They have been bought using money donated to us by fans.