Hit enter to search or ESC to close

Fund raising is well under way to raise money to enable us to remember former players who gave their lives in conflict. The real driver for wanting to put this display on is to remember brave men who, not only played for Plymouth Argyle but from any football club across the country. Who Joined the “Footballers Battalion” and gave their lives for us. The text below has been taken from www.Greensonscreen.co.uk.

One such player was William “Billy” Baker. 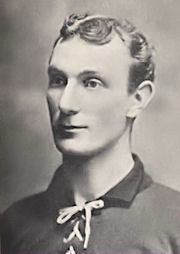 Billy Baker was the only “current” player to be killed in the “Great War”, however 6 past players also lost their lives in the conflict.

Billy was a wing-half who had made 202 appearances between 1909 and his final game on 1st May 1915. He joined Argyle from Green Waves in 1909 and established himself at left-half in the team that won the Southern League title in 1912-13. The contemporary view was that he “loves the strenuous game, but clean withal and never-tiring.” He joined the famous 17th Middlesex Regiment and served on the Somme, becoming a sergeant. He lost his life in Serre on 22nd October 1916, aged 33. Awarded the Military Medal (MM), he is commemorated in the Sucrerie military cemetery at Colincamps.

Evelyn Lintott trained as a teacher and continued to teach throughout his playing days until he became a leading amateur footballer, gaining England amateur caps, including one for his part in a 15-0 defeat of France. He played two games at left-half as an amateur for Argyle in 1906-07 before leaving for Queens Park Rangers, where he became a full international, winning three caps. He became a professional so that he could be sold to Bradford City for £1,000 in 1908, although he always had extensive private means. He took an Army commission in 1914 and became a Lieutenant in the 15th Battalion West Yorkshire Regiment (‘The Leeds Pals’). Sadly he died in action on 1st July 1916, the first day of the Battle of the Somme. His body was not found and his name is recorded with 75,000 others on the Thiepval Memorial.

Stanley Reed was a well-known Devon cricketer who also played three games for Argyle in 1913-14. He joined the 11th Devonshire Regiment in December 1915 and became a lance-corporal, but sadly was killed at a training battle camp at Wareham, Dorset before joining the front line. A grenade he was about to throw exploded in his left hand on 21st April 1916 from which he received severe head injuries and died instantly, aged 21.

William Sutherland, who played one game for Argyle in 1911, was killed on August 26th 1914 during the Battle of Le Cateau, just four days after the British Army first encountered the enemy.

Norman Wood joined Argyle from Crystal Palace in 1910 and played 14 times before moving on to Croydon Common.

Alfred Baker is believed to have been a reserve team player.

“They shall grow not old, as we that are left grow old:
Age shall not weary them, nor the years condemn.
At the going down of the sun and in the morning,
We will remember them”